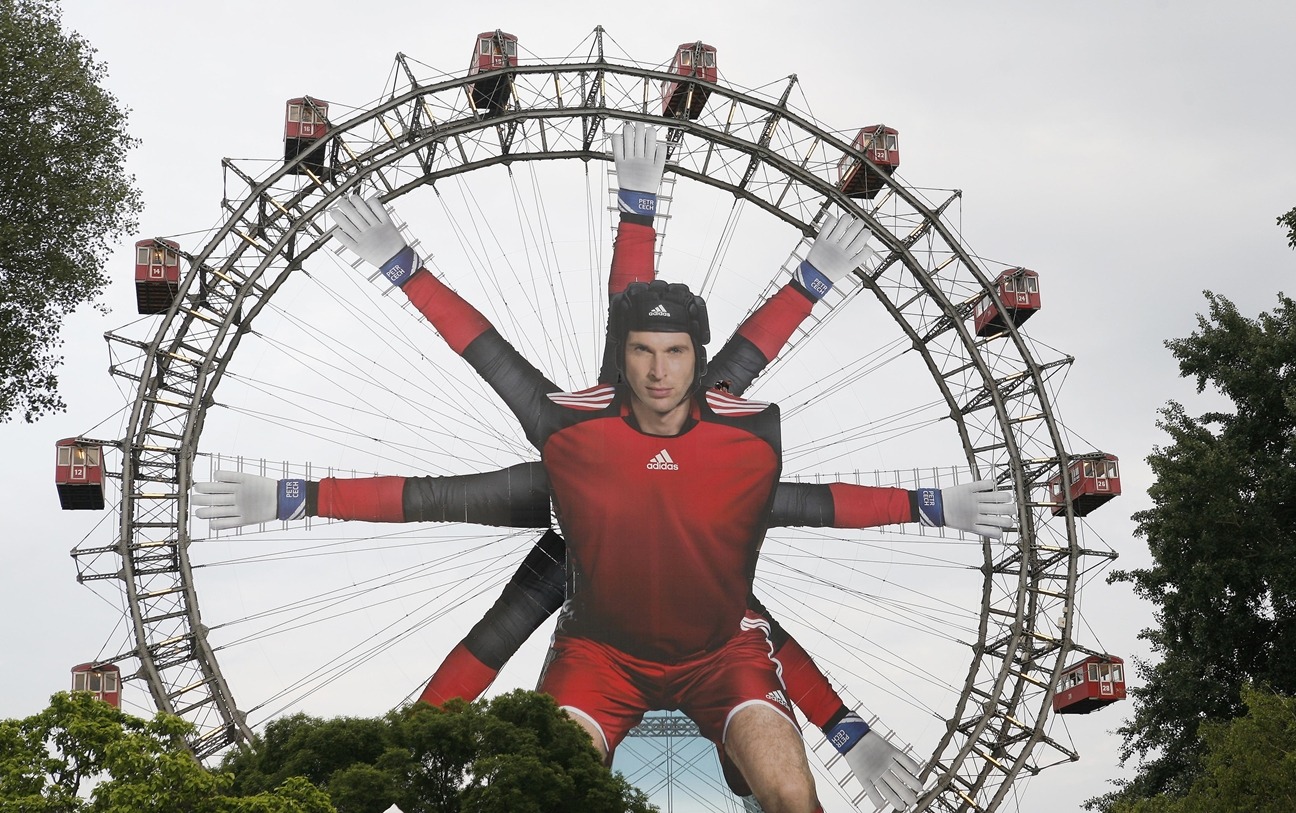 We know we talk about Experiential Marketing a lot (it’s one of our shticks so obvi) and how traditional advertising alone won’t cut it anymore. But that doesn’t mean traditional advertising still isn’t effective. Take billboards for example. Billboards are made to target specific audiences (based on location). They are designed to catch a person’s attention and create a memorable impression quickly so the reader is left thinking about it long after they’ve passed it. Basically, a few words in large print (to be readable in a short time) and a clear image in brilliant colours. When compared to other Above the Line advertising mediums, billboards are actually pretty sweet. Because sometimes in an attempt to reach a specific location, billboards end up reaching millions via the internet.

Like these brands did with their crazy stupid creativity. 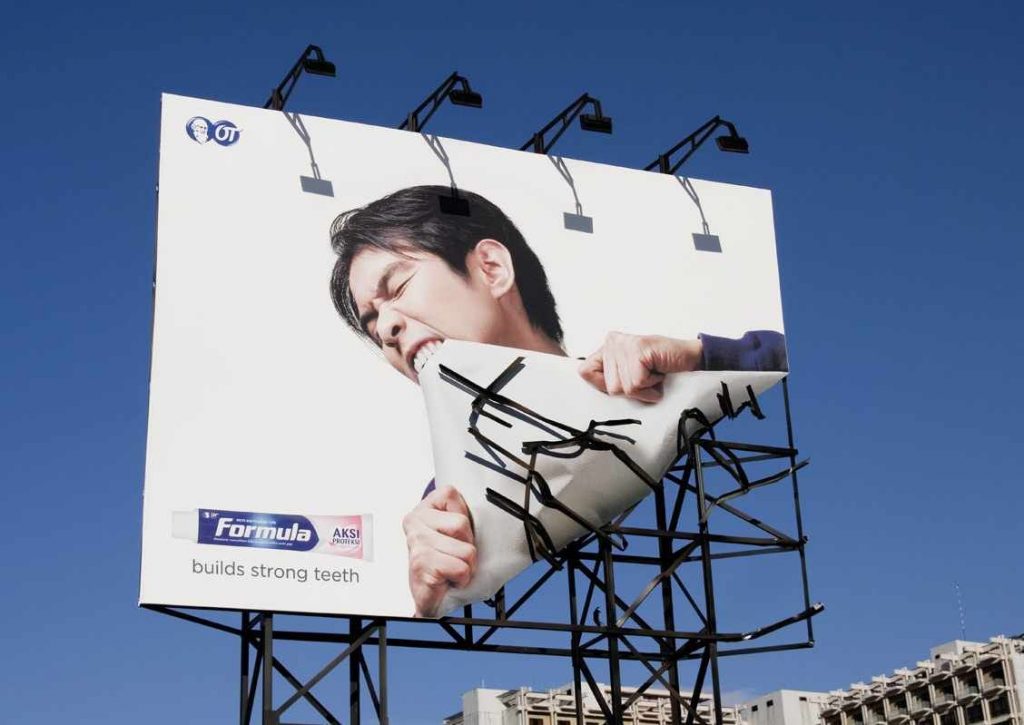 Most toothpaste brands go the route of having models with ridiculously white teeth smiling like the Chesire cat next to a tube of their paste, but not Formula. The Indonesian toothpaste brand wanted to highlight their product’s ability to “build strong teeth” and they did this by depicting a model with teeth so strong that he’s ripping the advertisement itself off the structure. 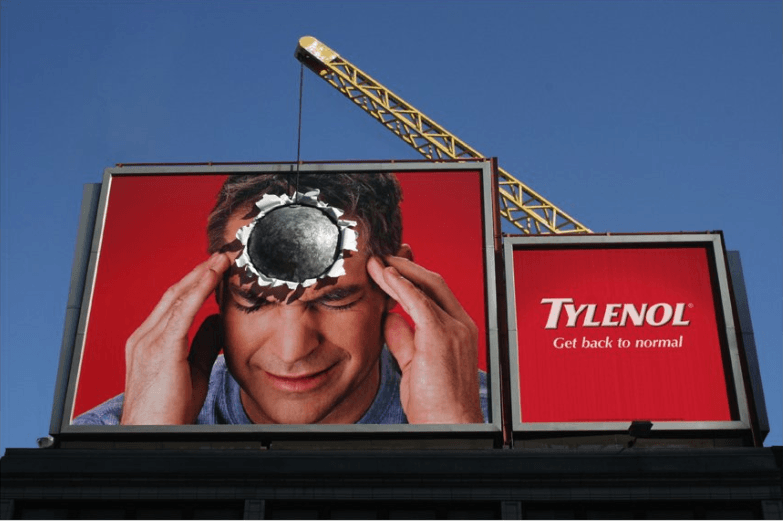 It’s a well-known fact that painkiller ads contain super dramatic depictions of pain, but Tylenol takes the cake when it comes to this strange tradition. This billboard, erected in Canada, went ahead and flipped the usual narrative by using the visual of a wrecking ball bashing into a man’s forehead to depict a throbbing headache. Extreme? Maybe. Effective? YES! 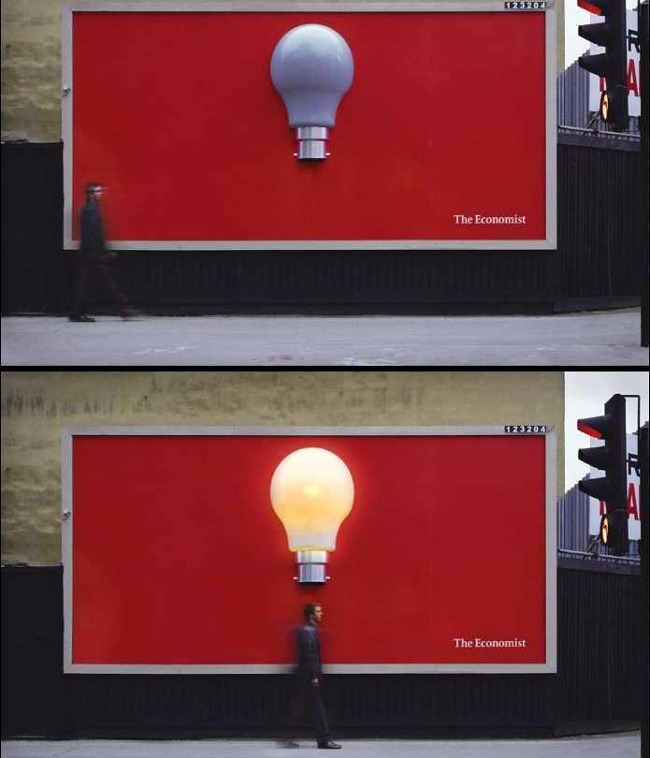 This is one of those situations where traditional advertising and experiential marketing merge. The weekly newspaper, The Economist, put up this billboard in the UK with a giant light bulb that senses when a person is underneath it and lights up, cleverly suggesting that reading The Economist will spark fresh ideas in your mind. 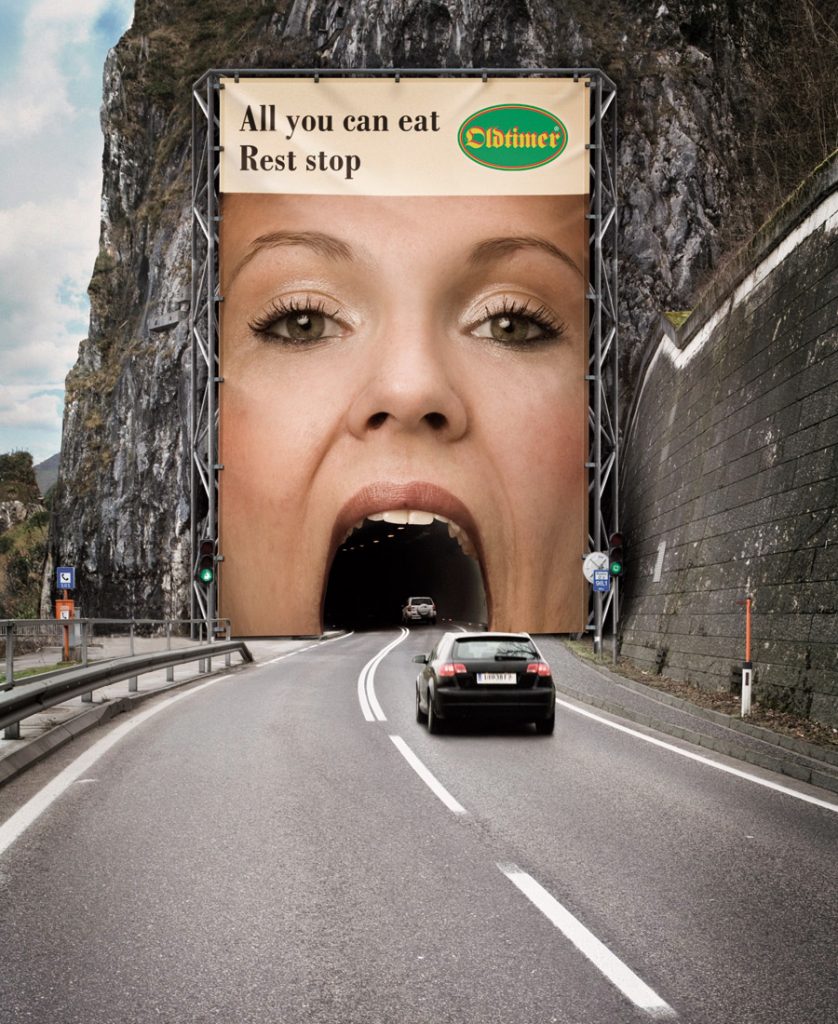 Placing billboards by highways is a good idea because of the number of people that use highways every day. However, the folks at Oldtimer motorway rest stops realized that it’s entirely possible for messages on highway-situated-billboards to be missed because of how fast people drive past them. They needed to ensure this never happened to them. So they branded the entire tunnel entrance to this highway in Austria with their ad. No way you’re missing an ad when you literally have to drive through it. 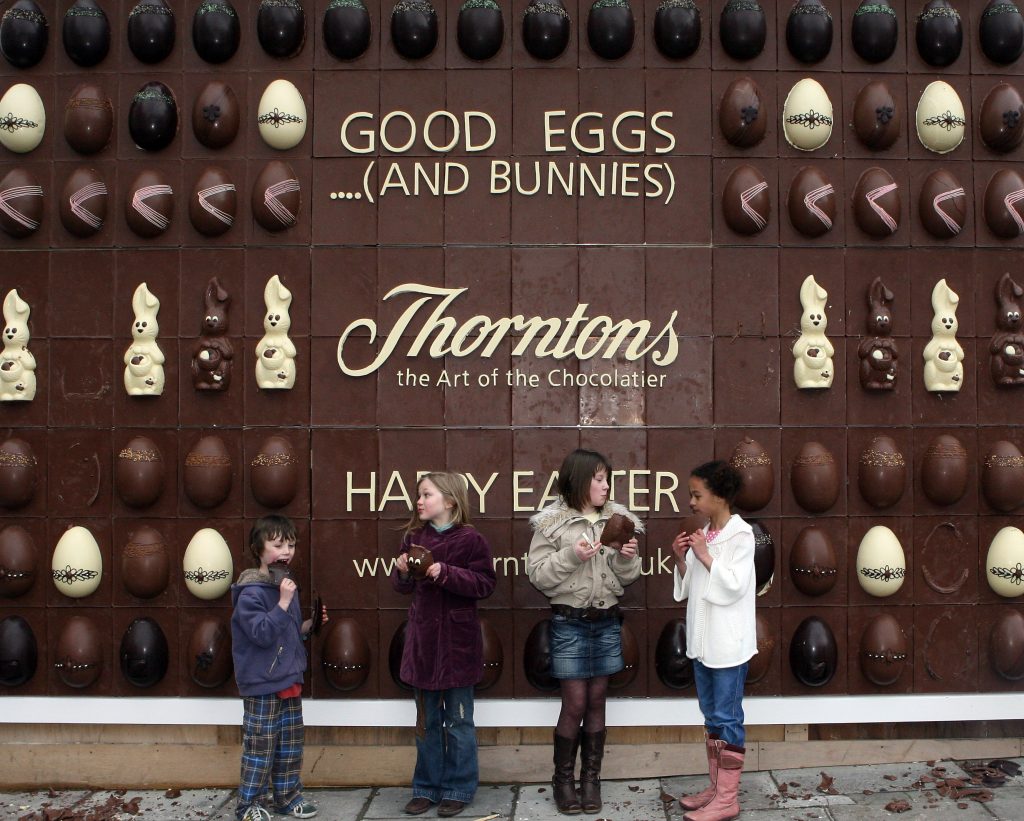 British chocolate brand, Thornton’s, went through a difficult time in terms of sales at the beginning of 2007. They turned this around however with a never-before executed advertising strategy. They built a 14.5ft by 9.5ft edible billboard out of 10 chocolate bunnies, 72 chocolate eggs, and 128 chocolate panels. (860lbs of pure chocolate!) The delicious billboard (which took 3 months to make and was expected to last at least a week) was completely consumed by chocolate lovers in just 3 hours and was a rousing success according to Mike Davies, Thornton’s chief executive at the time. 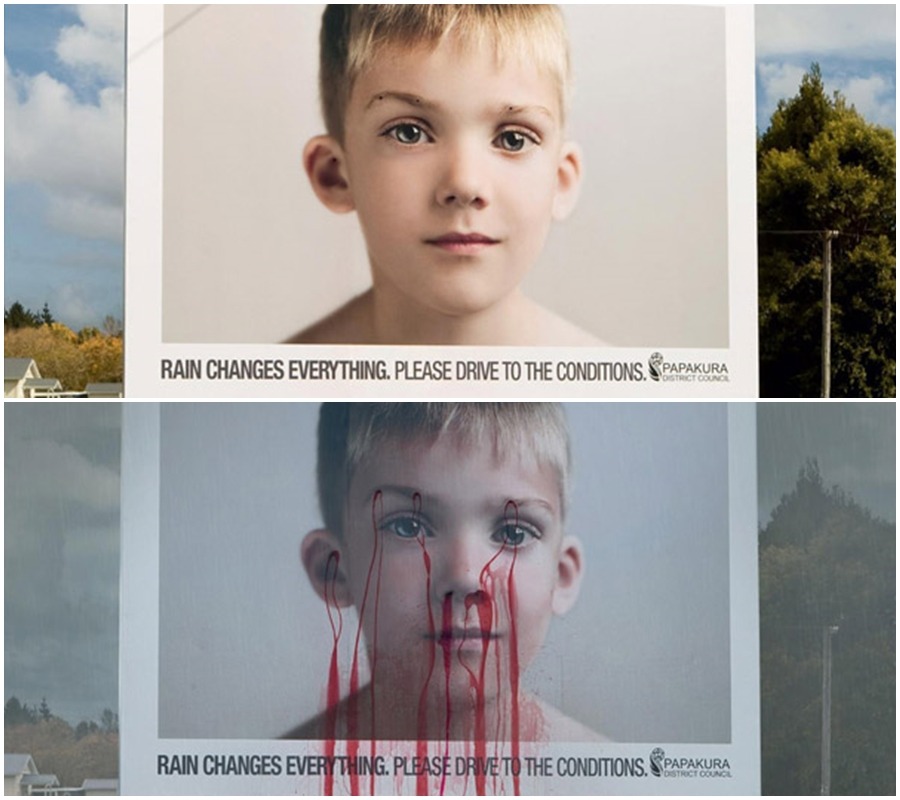 Taken straight out of your nightmares while also being a classic case of Emotional Marketing, this billboard was erected in New Zealand in 2009 to promote a safe driving campaign that reminded drivers to change their driving habits during the rainy season. (A period during which there’d been a high amount of fatal car accidents in previous years.) The billboard had the face of a little boy on it and was designed to “bleed” whenever it rained. Sure, it was disturbing and a little bit culturally insensitive to Christians but car accidents have reduced drastically since the billboard went up so we’re fine with it.

7) The Day After Tomorrow: 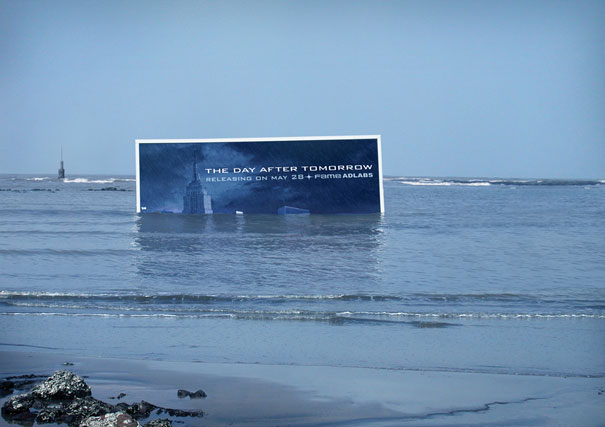 “The Day After Tomorrow” is a Roland Emmerich disaster movie (how many has he made at this point?!) about a catastrophic global weather disaster that ushers in a new ice age and leaves most of the planet submerged in water; a concept the marketing team for the movie ran with it when making this “drowning billboard” in India. 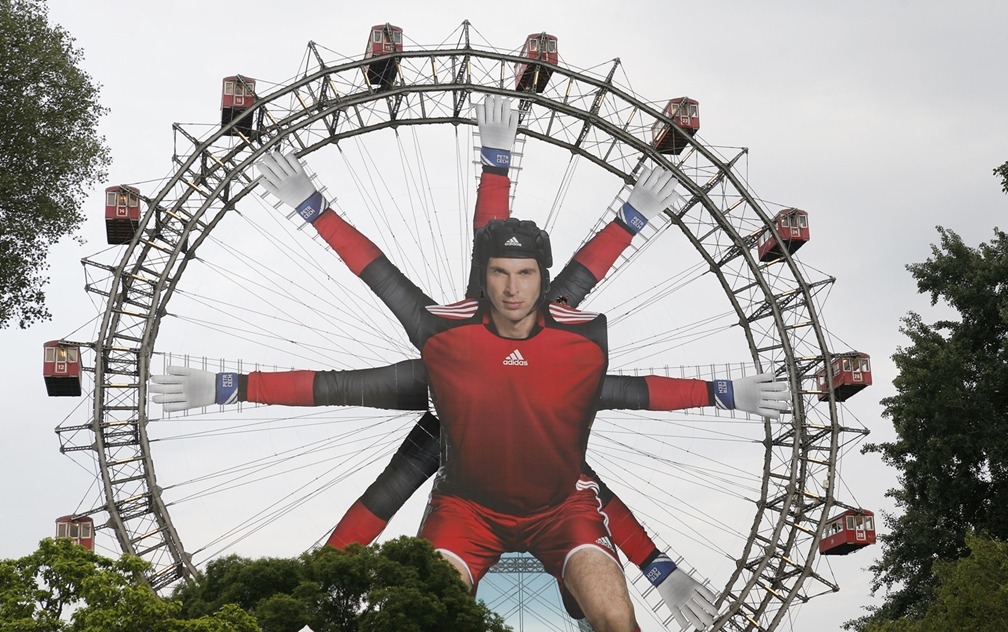 The sporting goods industry is worth over $70 billion dollars, and with Adidas being the 2nd richest brand on the list (1st is Nike), it makes sense that they have the funds to make trippy billboards like this. This 60-meter tall cutout of Czech goalkeeper, Petr Čech, was erected in front of the world-famous Prater ferris wheel in Vienna just in time for the 2008 EuroCup football tournament, making it look like he’s holding the wheel up. 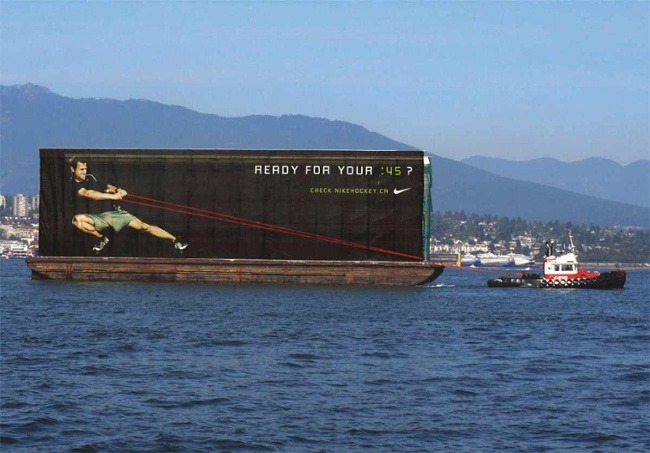 The caption, “Ready for your: 45?” refers to the average amount of time that a hockey player spends on the ice per shift. The billboard is obviously being pulled by the tugboat, but the image on the billboard suggests that this man is actually pulling the tugboat. In other words, he has been training with Nike gear and is ready for his: 45 … are you? 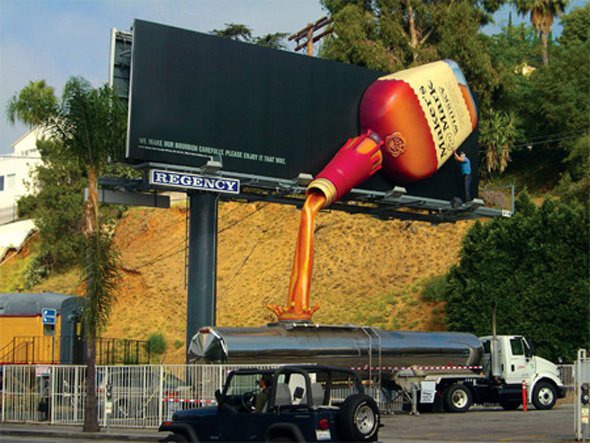 Here you can see a bottle of Maker’s Mark Whiskey pouring its contents from the bottle, off of the billboard, and into an 18-wheeler stationed below — that’s right, you need an entire 18-wheeler full to feel satisfied. Drink responsibly. 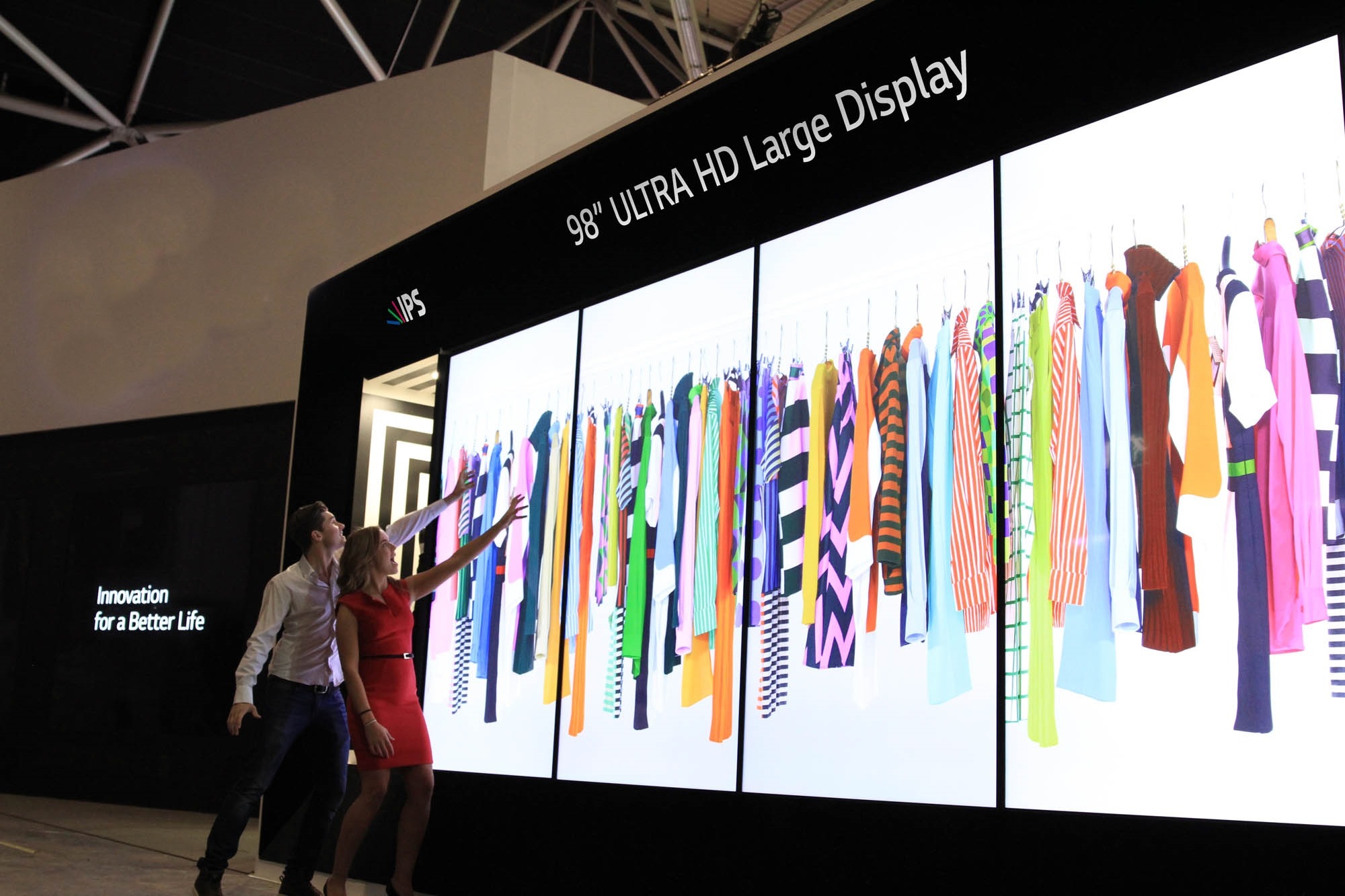 Blowing away the minds of attendees (and by proxy, the clients) should be your main priority as an event planner, and incorporating interactive technology into the event’s proceedings is a way to do this. A… 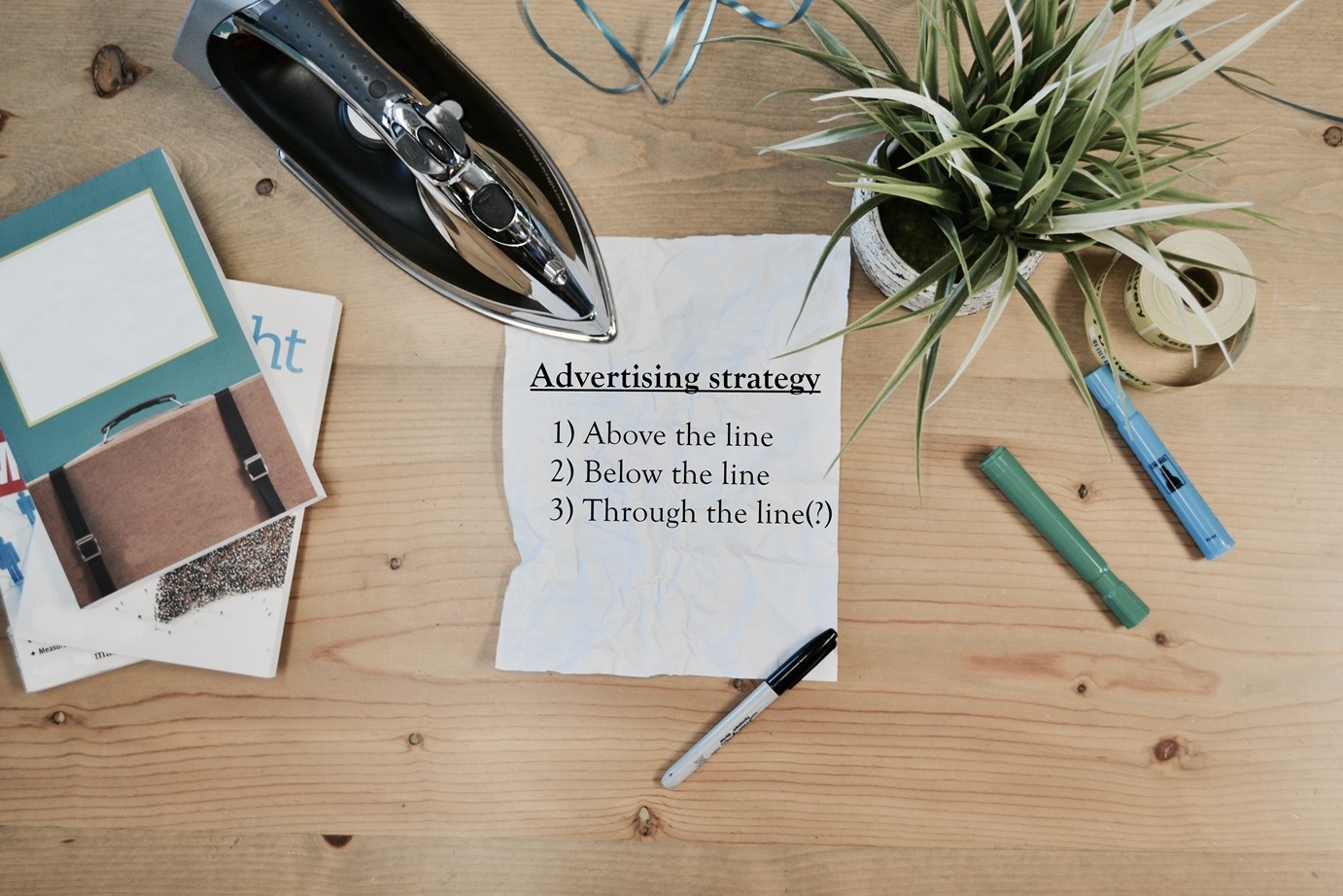 Above the Line (ATL), Below the Line (BTL), & Through the Line (TTL) Advertising

In today's marketing space, advertising can be divided into three segments based on the basis of marketing motives, target groups, and the budget of the marketer. The segments are: 1) Above the Line (ATL) 2)…